So, how do you write a secure container?

Rule 1: Know where your data is coming from

Solution: Maintain your own copy of dependencies, and keep up to date when new  patches are released to adress security issues

Reality: This is too much time/cost/resource for most organisations.

Most accept a higher risk level and instead start with a trusted base image (e.g. the "official" python3 signed docker image from dockerhub or similar (quay.io).

With that approach, you then build your container from the base image. You have more work to do than a pre made container, but you will have the benefit of having a better understanding of what it's 'made of'.

Constrast that with a pre-built container, for example the FastAPI uvicorn-gunicorn container, it makes a lot assumptions about your production environment which you shoud be making. The maintainer very kindly points out "WARNING: You Probably Don't Need this Docker Image" which is exactly the wider point I'm trying to make here- build your own containers!

Gotcha! Do you know what's in your project requirements / dependencies?

What's in your requirements.txt or packages.json or pom.xml (java).

Do you know where they came from?

They might be safe now, but what about in 3months?

This is another argument for keeping and maintaing a copy of your dependencies and keeping them up to date (see rule 1). It's getting old, but pulling packages randomly from the internet is always a bad idea, they may not even exist when you want them, or worse, or be malicous.

What not to do

Dont use some random persons base image you found on dokker hub. Do the extra work and create your own container so you know what's in it.  It's pain, it's effort, but you'll sleep better at night.

Rule 2: Use a real web server

If it's a web container serving http(s)?

These 'built-in' servers are for local development* and will typically fall over, and are not built with security in mind.

*Thereis a growing opinion (and valid imho) that using such 'local' development servers can be counter productive anyway. Why? Because you want to be as close to production as possible, often these 'play' web servers have different bugs or features which are different in production- it pays dividens to use something docker docker-compose or podman-compose to run production-like experiences- you'll catch production-like bugs quicker and, crucially, be able to better re-produce them when you do have a production issue.

If you hit a production issue which you can only produce in production (it happens) , it's helpful to be able to keep as much the same locally as possible, and using a 'local development' web server is just one more which you could do without.

Solution: Do the extra work to add httpd/Apache , lighthttp, nginx or similar to your container.

We wrote about "Building Non Root Docker Images OpenShift" in 2019 (so will be out of data, treat accordingly) and ways to create images which deal with the randomisation of the user id.

Reality: This is a suprising nightmare for most developers the first time it's experienced because practically zero docker hub images will run due to the random user id. It was for me at aleast, hence the article.

Solution: if you're vested in this, seek examples of how to add users and correct permissions during the container startup.

Distroless containers are base images with an extremely minimal footprint (e.g. they don't even have cat, cd or ls installed). It's very hard to hack software which doesn't exists, it's very effective.

This approach also has cost and speed benefits because the images are (usually) much smaller, they cost less to store, and move accross networks (and cloud providers love to charge for traffic between their internal networks).

Search for the distroless project and see if that works for you, especially if you're writing in go which seems to be better supported (no surprise since distroless is a Google project).

Be warned though, other distroless containers like python are less well maintained because simply less development effort /community exists for those so you may actually still be more insecure (last I checked the python distroless container was based on a rather outdated Debian image).  This is an example of a Distroless python flask application.

Other nice things to 'secure' your container are we done yet?

You need to apt-update -y / yum update your containers, did you know?

Containers are bases on base images, and often that's debian or similar. Just like your operating system the containers you're using also need to be updated and patched, not just your dependencies. I'm embarressed to admit how non-obvious this was to me when I started in containerland oh so long ago.

Let someone else do it

There are a lot of automatic scanning tools for containers now, some opensource, some which say they're open source, and others. Have a look.

The thing is they all don't know your application and your attitude to risk, so you'll want to still to the good house keeping: 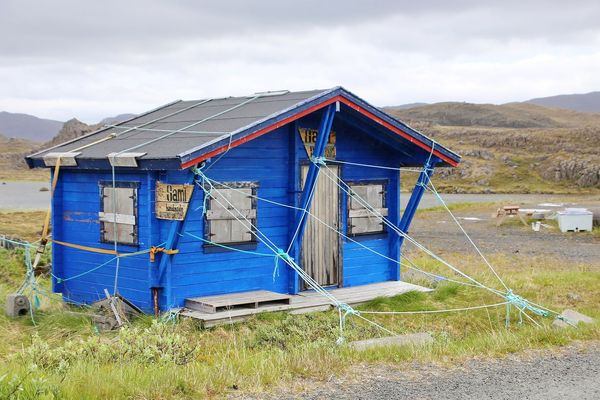 Context: You've asked an external company to help you work in a more DevOps like fashion. Both stakeholders want to succeed. The external company will always need the following things from you regardless of industry or project. This is the checklist: * A short explanation of all of the code repositories,
The colours used Deliverable one: Document with the exact colours used E.g. The brand colours used in this logo are: Red: #FF0000 Blue: #00FF00 ...etc Deliverable two: Logo in a vector format, ideally SVG Example: Must include the logo in SVG format: logo.svg Why? Because then can be

The header of this article is Lego.com from Nov 9th 1996. It gives some context for how far the web has come. It started with find & replace We literally used to have to hand write a html file for every page. There was no concept of 'templating'. Hunderds if